I had some speaking gigs this week.  One of the places that we went to, we met a guy.  His name was White Chocolate.  I think his real name was Tim, but I wasn’t sure.  I think I might had heard his real name once.  Not sure. 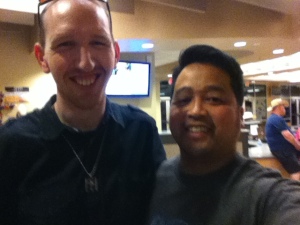 It made me think about identity – of course.  As soon as he pulled up and parked, people inside the building were already calling his name “White Chocolate.”  It was great.

You just have to hear him say a few words and you know how he got his name.  Evidently, he’s had ever since he was like in high school.