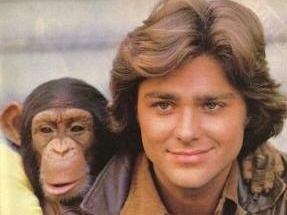 So I told DC about the show BJ and the Bear tonight – she had no clue what I was talking about.  The show premiered February of 1979.  I watched this show growing up.  If you don’t know what it’s about – it was a tv show about a Trucker from Georgia named BJ and his chimp named Bear.   You should watch the show.

Oh and btw – the show was canceled the same year that she was born.

2 thoughts on “BJ and the Bear”