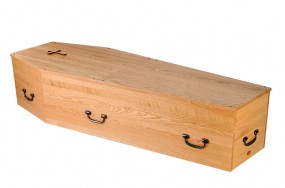 I was listening to a podcast today and heard a line that I’ve been thinking about all day. The speaker was talking about how he hadn’t been around death in awhile. That caught my attention. There is something so formative about being around death.

It helps you to process life. Have you ever been to an open casket memorial service lately? Have you ever seen a loved one’s lifeless body at a funeral service. There is somethin so powerful about learning how to mourn it.

I grew up going to many, many funeral services where it has been open casket.

How about roadkill? I don’t see it much in So Cal, but when I was in Minnesota, it was one of the seasons.

We grew up going to the pig farm and picking out the one we wanted. They would be ushered into another part o the building. They would………..well, let’s just say, if you ever heard an animal die, you’d never forget it.

We are protected from death. They are just starting to show dead bodies on the news. Don’t get me wrong, I am not saying you should go out and experience it, second hand or otherwise. It might even be uncomfortable to read. That line just really made me think thru this idea.

What do you think? Have you experienced it much? Is this uncomfortable for you?

2 thoughts on “Been Thinking About This Today”