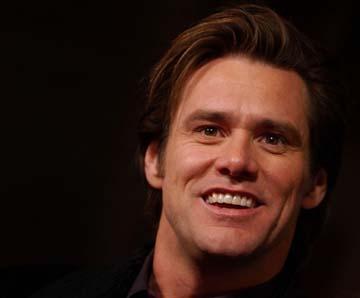 The easiest way to describe this is by using the stories of some actors.

The one that stands out is Jim Carrey.  He’s a brilliant and funny actor.  He made Ace Ventura.  What a great movie right?  You hear people quote that movie.  They say the lines from the movie and most everyone knows the reference.  It shaped a culture.  It shaped a group of people.

The group expected those kinds of movies from Jim Carrey.  He made other movies where which were funny and had that incredible physical comedy that he’s so good at.

Then he earned enough credibility and currency where he was able to make movies that he really cared about.  He had paid his dues and then he made other movies – that weren’t meant to be so funny.  He made movies that the group (most people) would call weird – because it is so far from what they think is normal that they hate it.  The group only likes the Jim Carrey that says, “AAAAllllllrighty then.”  They can’t stand the weird stuff.

The thing is – Jim loves the weird movies.  He’s just a weird and different kind of guy.  The weird movies are probably the ones he cares about most.  It was his passion and it represents his true identity.  People talk about how Jim grew as an actor and that’s just not the case.  He was always into that weird stuff.  He didn’t necessarily grow into it.  He earned enough credibility that people took a chance on this weird movie.